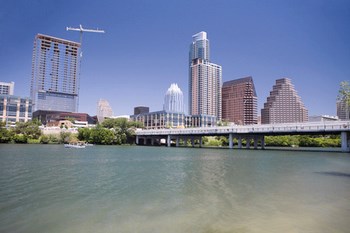 Austin has three artificial lakes located within city limits. The lakes are popular recreation areas for boating and swimming.

The city has a humid subtropical climate, with warm summers and mild winters. The most precipitation falls in the spring.

The city’s tallest building is the skyscraper “The Austorian” – which measures 208 meters tall and has 56 floors.

Some of the most popular tourist attractions include government building “Texas State Capitol” from 1885, which are listed in the pink granite, art museums “Blanton Museum of Art” and “Austin Museum of Art” and the Texas Memorial Museum – with exhibitions of 5.7 million objects in the areas of geology, biology and paleontology .

Austin is otherwise a historical museum, a Latin-American Museum and a number of parks and green spaces.There are also more than 50 swimming pools in Austin.