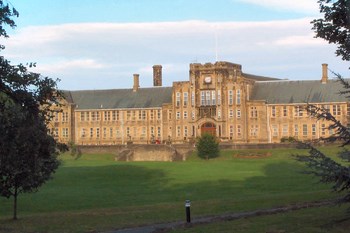 Bradford is in West Yorkshire, England, and is a city with approx. 300 000 inhabitants (2010).When the entire urban area surrounding the city, the population is increasing at about 1.5 million Bradford is currently almost merging with the neighbouring town of Leeds.

Bradford has traditionally been known for its wool industry, pharmaceutical and electronics manufacturing. The city has otherwise had its own university in 1966. Wool industry in Bradford has roots dating back to the 1300s.

Among the main sights of St. Peter’s Cathedral from 1485 and Ullbørsen from 1867. It must also be mentioned that in Bradford also has its own national media museum and Industry. Otherwise, there are some interesting Victorian architecture around City Hall.