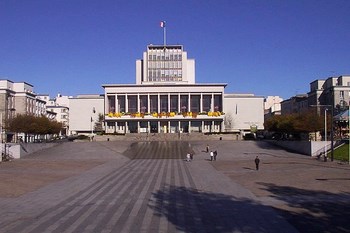 The port city of Brest is located in northwest France – In the region Bretagne – and belongs to the Ministry of Finistère.The city is geographically located on the River Penfeld which empties into the bay “Rade de Brest” by Atlantic.

Brest was badly damaged by bombs during the 2nd World War II – when the city was German submarine base.

Yet the city has preserved some historical tourist attractions – including castle “Château de Brest” from 1600’s – which today houses a naval museum. Also Tanguytårnet medieval period are well preserved and the tower the public can visit the History Museum – which primarily depicts the city just before 2 World War.

The oldest church in Brest’s “L’Eglise Saint-Sauveur” from the 1750s.

Other popular tourist attractions include Brest raise the bridge “Pont de Recouvrance” from 1954 – the river Penfeld, Art Museum “Musée des Beaux-Arts” with exhibitions of works from the 1700s until today, and the Aquarium “Océanopolis” – where you can also see penguins.