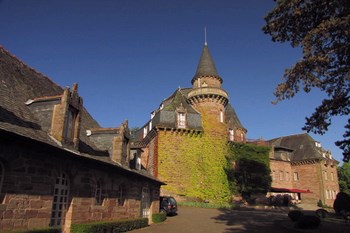 Brive-la-Gaillarde is a small and beautiful village with about 50,000 inhabitants (2009), situated in southwest France.The city is located in the Limousin region, and belongs to the French Ministry of Corrèze.   Brive-la-Gaillarde is often referred to simply as “Brive”.

The city is an important economic center of the region, situated on the river Corrèze.

Brive-la-Gaillarde is rich in history and the area is known for its beautiful scenery. The city has great architecture and some of the most popular tourist attractions include hall from the 1600s, St. Martin’s Church from the 1200s, the chapel Saint-Liberal from the 1400s and the old water tower from the 1800s. The water tower is open to the public.

Other sights include “Le musée Labenche” located in a beautiful Renaissance building and is a History Museum with both permanent and temporary exhibitions. Also “Le center Michelet” recommended a visit. This is a cultural center with both a museum and a library. The museum features exhibits focusing on 2 World War.

Brive-la-Gaillarde has several annual festivals and events – including a large annual book fair and a popular film festival.