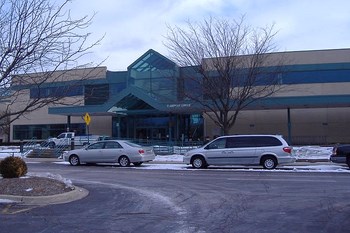 Chicago O’Hare International Airport is located 30 miles northwest of Chicago center, is the city’s main airport.This is one of the largest and busiest airports in the world.

Chicago Airport opened in 1955 and today serves 66 million passengers a year (2011). The airport has four terminal buildings: 1, 2, 3 and 5 Terminals 1-3 are used by the national air traffic while the terminal 5 is used by international flights. The tram between terminals.

The airport is well adapted for the disabled. At Terminal 2, the hotel “Hilton Chicago O’Hare Airport Hotel”. In addition, there are several hotels in the immediate area.

There are good public transport from the airport into the downtown Chicago. One can then choose to use the train, bus or taxi.

Many people want to rent a car in Chicago and at the airport has a number of international car hire offices – including Alamo, Avis, Budget, Dollar, Enterprise, Hertz and National.