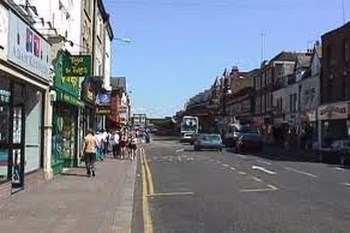 Enfield is a district in the region Greater London in England, and is the northernmost of the London boroughs. Enfield was formerly an independent town (Enfield Town), but is now a large suburb with about 295,000 inhabitants (2010).

Enfield is located 16.3 km north of Central London (Charing Cross), and there are good transport links by train and bus from suburban London.

Enfield is one of the most affluent neighbourhoods in Greater London, and here’s example University “Middelsex University” – where you can visit by appointment “Museum of Domestic Design and Architecture” (MODA). The museum has an extensive collection of decorative art for the home.

Other places of interest in Enfield’s mansion “Forty Hall Manor” from 1620’s. The building is open to the public and is used today as a museum by the London Borough of Enfield. The museum has local history exhibits including Chinese and English porcelain. Adjacent to the mansion is a great garden plant.

Enfield has otherwise large shopping mall, cinemas, bars, clubs and restaurants, and there are a number of parks and green spaces in the area.

The nearest airport is London Stansted Airport, which is 46 miles northeast of Enfield.