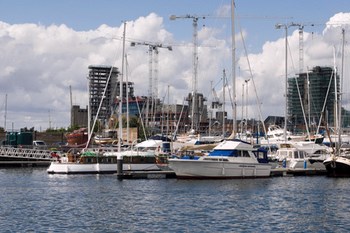 Ipswich is located in southeast England, in County Suffolk. Ipswich has about 130,000 inhabitants (2010), and is roughly where the River Orwell flows into the North Sea.

The city is perhaps most famous for its football club – Ipswich Town – who play their home games at Portman Road football stadium. The arena seats about. 30,000 spectators.

Ipswich is one of England’s oldest towns, founded already in the 600s. In town, visitors can see many preserved historic medieval buildings – including St. Lawrence’s Church from the 1400s and the manor “Christchurch Mansion” from 1548.

Other tourist attractions in Ipswich include City Hall from 1878, Ipswich Transport Museum and Ipswich Museum – a natural and cultural history museum where visitors can see a variety of archaeological treasures such. copies of the Mildenhall Treasure and the Sutton Hoo discovery and Saxon weapons and jewelry (which is found in the area).

Otherwise, the city has a number of parks and recreational areas.