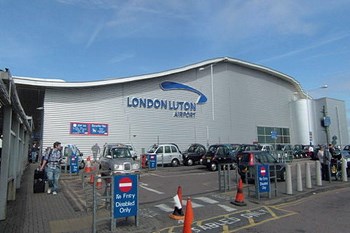 Luton Town situated on the River Lea in the region East England – About 50 miles north of London – and is part of the English county of Bedfordshire. The city has 206,000 inhabitants (2010).

Luton is an ancient city, which in all probability was founded in the 500’s. From the 1600s until the 1900s the city was most famous for his hat-production – especially straw hats.

Today it is only minor production of hats left in the city, but by “Luton Museum and Art Gallery” is a large collection hats. The museum is located in the outskirts of town by the park “Wardown”, where visitors can also see exhibitions of handicrafts.

Luton is today known for its football club Luton Town FC, who play their home games at the football stadium Kenilworth Road Stadium.

Other tourist attractions in Luton include Church “St. Mary’s Church” from 1137 and “Stockwood Discovery Centre” – a museum of geological, archaeological and historical exhibits. It also features several themed gardens.

The city’s annual carnival – Luton Carnival – the largest one-day carnival in Europe, held in late May.