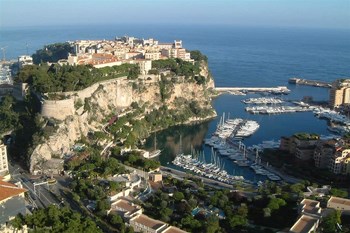 Monte Carlo is located on the Mediterranean coast, and was originally the name of a district in the Principality of Monaco – The world’s second smallest country (after the Vatican).Today, the name of a slightly larger area than before, but since the Monaco consists of urban areas, it is difficult to characterize the Monte Carlo as a separate city. Of Monaco’s approximately 36,000 inhabitants (2012) live around 15,000 in Monte Carlo.

Monte Carlo is primarily known worldwide for its play casino “Monte Carlo Casino”, which opened in 1863. Here you can also visit the beautiful gardens “Casino Square Gardens”. The city is also known for its traditional annual Monaco Grand Prix races (since 1929) and the Rally Monte Carlo (siden1911). The wonderful beaches along the coast are also popular tourist attractions in the city.

Monte Carlo has otherwise opera and cabaret, and it is also excellent golfing opportunities in this area of Monaco.

There are short distances in Monaco – and the distance from Monte Carlo to the architectural beauties of the district “Monaco-Ville” is only a few kilometers. These include the impressive Imperial Palace Palais du Prince (performed in several stages on the basis of a fortress from 1191) and St. Nicholas Cathedral from 1252.