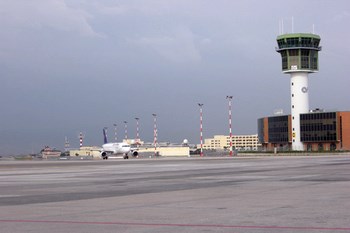 Naples Airport (NAP) is an international airport located in southern Italy, 7 km north of the city of Naples.The airport is called in Italian “Aeroporto di Naples – Capodichino”, and is the main airport for the region.

There are no hotels at the airport, but close is “Charming International Hotel”.

To get from the airport into the center of Naples, you can take a bus or taxi. Work is also underway to build a metro line. This will probably be ready by 2013.

If you want to rent a car in Naples, the car rental companies Avis, Hertz, Europcar, Sixt and Thrifty its affiliates in the arrival hall of the airport.