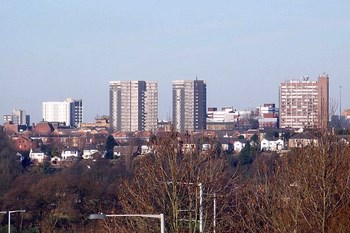 Preston is located in the western part of England, specifically in Lancashire – approx. 50 km north of Liverpool. Preston has approx. 130,000 inhabitants (2010), but when the entire urban area surrounding the city, the population is increasing to around 350,000.

Preston was founded in 1179 and is best known as a center for the textile industry. It must also be mentioned that one of Britain’s universities – University of Central Lancashire – located here.

Preston’s most famous attraction is St Walburga’s Church from 1854, which is the highest church (though we do not expect cathedrals) in the UK. The tower rises 94 meters above the ground. Also St. John’s Church from the 1850s are considered among the architectural monuments.

An attraction of a different nature is the city bus station, with its 79 platforms is one of the largest in Europe.