Compare prices and find cheap car hire in Barcelona from well-known and local car hire companies. Insurances and unlimited mileage are included. Save up to 70% on car rental in Barcelona through us. 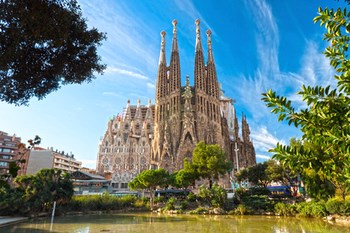 The port city of Barcelona is located in the northeast of Spain by the Mediterranean – in the region of Catalonia. The city is the capital of the province of Barcelona, and is the country’s second largest city (after Madrid).

Barcelona itself has 1.6 million inhabitants (2011), while the metropolitan area has a population of almost 5 million. The town is located on a plain at the foot of the tibidabo mountains (532 meters above sea level) and Montjuich

Barcelona is Spain’s main industrial city and transport hub, and is also a significant trading and financial centre. The city has great tourism and is known for its excellent shopping opportunities,its rich cultural life and its many congresses, fairs and exhibitions.

Barcelona’s old town consists of narrow streets surrounded by wide boulevards (Las Ramblas). Some of the most famous tourist attractions in the city are the Picasso Museum, miró museum, Park Güell, the National Museum of Catalan Art, the Cathedral from 1448 as well as the church “Templo de la Sagrada Familia”, which was begun in 1884 – and is still not completed.

Also the Columbus Monument is a famous tourist attraction in Barcelona. The monument is 60 meters high and stands by the harbor.

The city also has an archaeological museum,a maritime museum, a historical museum, an aquarium,several parks and gardens as well as magnificent beaches. Barcelona is also home to Europe’s largest football stadium “Nou Camp” – which was inaugurated in 1957 and seats 120,000 spectators. 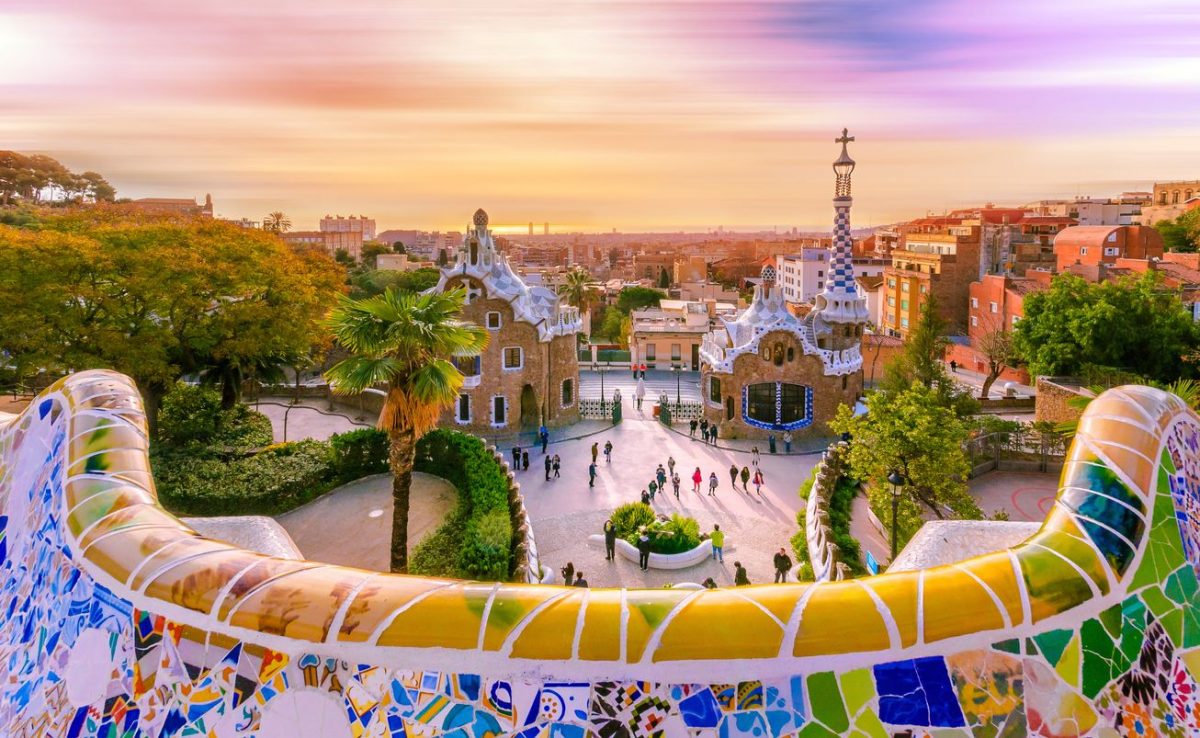 There are very many great places to visit in and around Barcelona, both domestically, up in the mountains, and down by the coast. You can also easily reach most people with a rental car in a short period of time, while many of the driving services offer great surroundings. 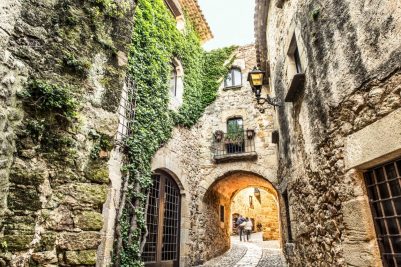 The medieval village of Pals where it looks like time has stood still for centuries.

The small medieval village of Pals seems to have been quiet for centuries. This is a perfect excursion whether you want a more historic insight into Catalonia,or just want to relax in peaceful and quiet surroundings. The old houses are connected by stone-paved small streets, and within the walls there are many exciting small shops with crafts and delicacies of all kinds, in some you will find cozy restaurants with exquisite cuisine. If it is warm in the weather you can drive on afterwards down to the beautiful beach Platja de Pals, which is only a few kilometers to the east. 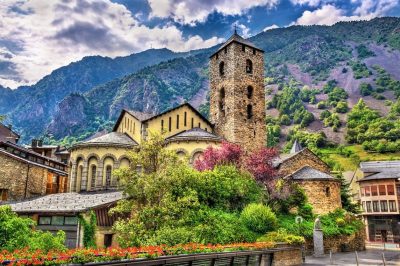 A trip to the capital of the Principality of Andorra is an unforgettable experience.

Andorra la Vella is the capital of the small principality located on the border between Spain and France, and up in the Pyrenees. Here there are many who travel to get themselves some unforgettable nature experiences. There is also a lot of exciting to come up with in the small capital. The restaurants with exquisite cuisine are close-in, you will find many museums here, the shopping opportunities are good, and the atmosphere of the city is very relaxed. You also pass many nice little villages on the road that can be worth a stop. 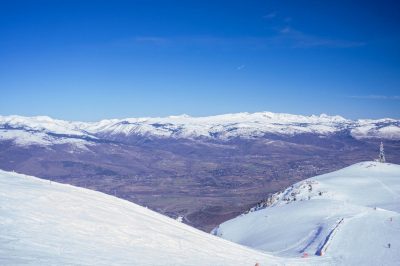 Between November and April you have the opportunity to ski in the Spanish Alps.

If you are in Barcelona between November and April, you have the opportunity to take a little swivel trip to ski or snowboard. La Molina is located in the direction of Andorra, and is usually reached in around two hours. The ski resort there starts at 1700 meters above sea level,and goes up to the top of the mountain which is at 2445 meters. The snow conditions are usually very good. La Molina has been used for both the world championships in alpine skiing and snowboarding,as well as in the World Cup. You get to rent all the equipment you need there, but it might be a good idea to bring your ski clothes from home. Ski during the day in La Molina, and après ski on Las Ramblas in Barcelona? 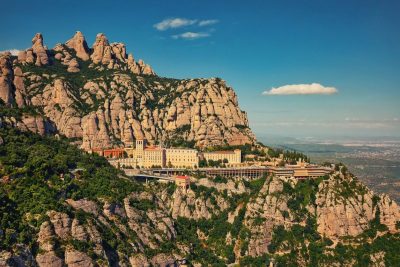 Montserrat – a relaxing break from the big city.

Montserrat is the name of the mountain range located inland for Barcelona. Here it is popular with the people of Catalonia to go on weekends, especially to see either the sunrise or the sunset. On the way up to one of the nearest peaks at Montserrat, lies the Benedictine monastery of Santa Maria de Montserrat. The monastery is known, among other things, for having a statue of the Virgin Mary. If you are in shape, and the desire for a walk inthe mountains , you can walk on to Sant Jeroni, the highest point above the sea in the whole region. There are also many who choose to drive to, for example, the small town of Montserat Vila on the east side of the mountain top, and take their legs from there to get to the top. 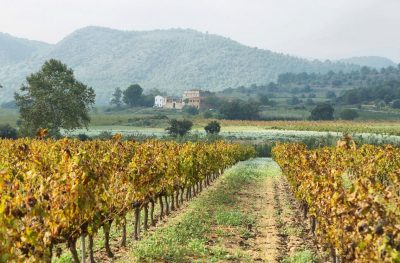 Penedes are first and forth known to produce cava – sparkling wine.

Penedes, along with Rioja and Priorat, are among Spain’s most important wine regions. In Penedes they are primarily known for producing sparkling cava, the Spanish version of the champagne, but they also make other types of wine here. The vineyards are close together, and several of them arrange courses and tours, while some can be stayed at or enjoy meals at the farm’s own restaurant. Vilafranca is the capital of the region, with approximately 40,000 inhabitants. This is a good starting point if you want to explore the vineyards, and also a nice city to visit in itself. In Vilafranca you will find great medieval architecture,pleasant streets and plazas, and many good restaurants that naturally serve wine and cava from the farms of the district.

Traffic in Barcelona can be perceived as quite intense. The main streets are often wide and with several lanes, but there may be queues especially during rush hour. The roundabouts, with several lanes, are also a small challenge. If you are going to fart around the city centre, consider walking or using public transport. Outside the city center it is far more comfortable to drive a car. 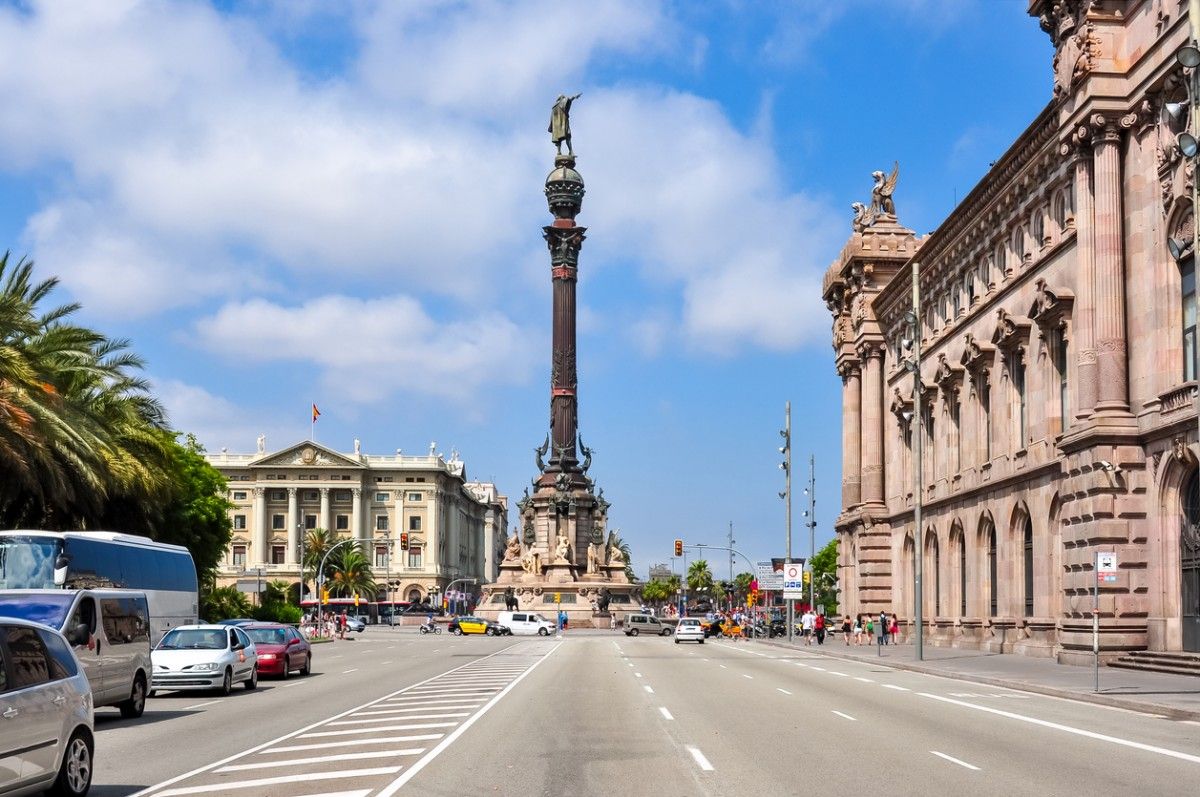 Traffic at the Columbus Monument in Barcelona.

Parking along the streets can be a challenge. The number of seats is low, and they are usually busy. Fortunately, there are a lot of parking garages in the city, and these are normally well marked, even in the navigation systems. You can also use the ParClick for Barcelona app, which allows you to reserve parking space at over 200 different parking garages in the city. 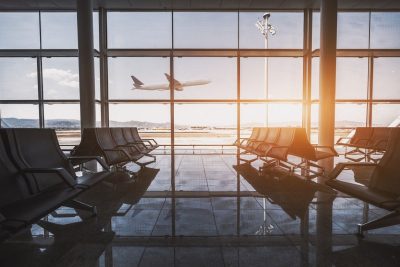 A plane takes off from barcelona airport.

Barcelona airport is called Josep Tarradellas Barcelona – El Prat Airport, and most people refer to it only as El Prat. This is one of the most congested airports in Europe (number 6 on the list). Virtually all flights from the Schengen area park at Terminal 1. If you fly with a low-cost carrier via, among others, England and Switzerland,you may be arriving at Terminal 2. Most car hire companies, however, have offices in both terminal buildings.

As of today you will find Avis, Hertz, Europcar, Budget, Enterprise, Goldcar, Thrifty and Sixt represent at EL Prat. Please note that there are other companies located nearby, but if you book them, you may want to stay away from the airport and to their offices.