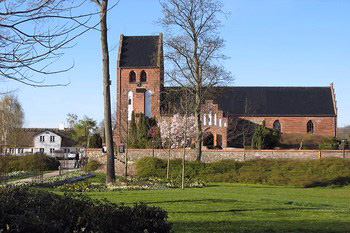 Birkerød is a city on the island of Zealand in east Denmark, which is about 27 km north of Copenhagen between Copenhagen and Elsinore. Its population is 20 041 (2012) inhabitants.

Birkerød was a municipality until 2007, but when it was merged with Søllerød Municipality to Rudersdal Municipality. The merger was made after a referendum, and there was a tiny advantage over yes to merging. Until 1940 consisted Birkerød of 11 independent towns.

Birkerød is an important railway town. With the establishment of S-path Hillerød the city since the 1980s, the character of the suburbs in the Copenhagen region. Copenhagen’s suburbs have been growing rapidly in recent years, and although many have virtually grown together, there are still patches of green forests, farms and lakes between the built-up areas. There are several lakes in the area. By Sjælsjø is marked trails in the woods, and both fishing and swimming.

The nearest airport is Kastrup Airport, which is located in Copenhagen 28 km away.