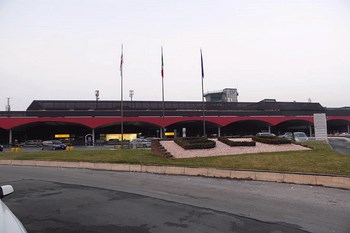 Bologna Airport has regular flights to a variety of destinations in Europe – and also has a significant charter. The airport has two terminal buildings, and it is walking distance between them.

There is no train from the airport to the center of Bologna, but the bus service is very well developed. Alternatively you can use the taxi. The train station in Bologna is also a major hub with good route connections to a number of other cities in Italy.

If you want to rent a car at the Bologna Airport, the offer is good. Cars of all sizes offered by international car rental agencies like Avis, Hertz, Europcar, Sixt, intercede, Thrifty and Autovia.

There are no hotels at the airport, but the Hotel Sheraton is close by and there are shuttle bus from the airport terminal to the hotel.

At Bologna Airport has the travelers several restaurants, bars and shops to choose from. Some stores specialize in local products from the region. Other facilities at the airport’s business lounge, medical center, information counter, post office, Currency exchange counter, banks and ATMs.