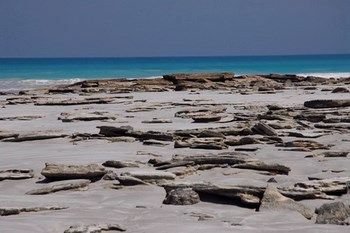 Broome is one of Australia’s most popular tourist destinations located in the Kimberley region of northern Western Australia.The town has 13,218 inhabitants (2010), but the peak season is population multiplied. The town is named after Frederick Broome who was Governor of Western Australia between 1883 and 1889. At the same time it was also populated by European immigrants.

The best period to visit Broome is from May to September when the season is at its driest. Then it is stable fine weather with sunny and around 30 degrees. The city is situated on the Indian Ocean and the main beach, Cable Beach is known for its golden sand. Cable Beach is also known for an amazing sunset which can be enjoyed on the beach or from one of the restaurants. When it is high season it is advisable to book early with reservation because it quickly becomes full.

The town has an interesting history and was built on an economy based on pearl fishing. But the wealth from the pearl fishery was not free, and the city’s Japanese cemetery is 900 Japanese divers who lost their lives while they dive for pearls.

Today there are farms with oysters.

Broome International Airport is less than one kilometer outside the center of Broome.