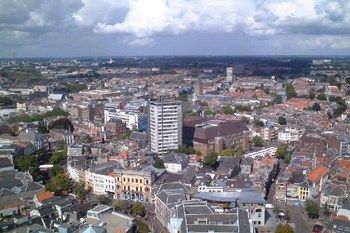 Brussels is the capital of Belgium and is located approximately in the center of the country. The capital area is one of Belgium’s three regions, and has about 1 million inhabitants. The city itself has a population of 150,000 (2010).

Brussels is the political, economic, and cultural center and a major transportation hub. As most of you know, Brussels is the headquarters of major international organizations like the EU and NATO.

Brussels is officially bilingual – French and Dutch, but nevertheless French is the dominant language in public life.

The city’s main tourist attraction is the square “Grand Place” with its many beautiful buildings. Market include Surrounded by old houses from the 1600s and the late Gothic town hall from the 1400s. Market is listed in its entirety on the UNESCO World Heritage List.

Close by is the Gothic cathedral “St. Michael and St. Gudula” from the 1400s, which is also worth a visit.

Another popular attraction in Brussels is the famous fountain with the statue “Manneken Pis” from 1619. Otherwise, the city offers a number of museums, art galleries and theaters, and the city has a varied nightlife. A visit to the famous pubs “Delirium Café” – you can pick and choose among nearly 2,000 beers.