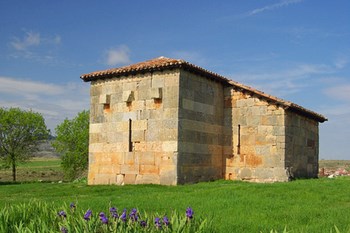 Burgos is located in northern Spain, and is the capital of the province of the same name.The city belongs to the region of Castilla y Leon, located on the River Arlanzón. Burgos has 180,000 inhabitants (2010), and is situated on a plateau – 850 m

The city was founded in the 800’s and was in the 1000’s kroningsby of the kings of Castile. Today Burgos an important commercial center and transportation hub.

The city has many churches, palaces and medieval buildings, and one of the city’s historic landmarks are Burgos Cathedral from 1567, which was begun in 1221. The cathedral is a UNESCO World Heritage Site, and is famous for its size and its architecture.

Approximately 1.5 km west of Burgos is the Monastery of “Santa Maria la Real de Las Huelgas,” which was founded in 1187. The monastery is open to the public, and recommended a visit.

Other tourist attractions in Burgos include Museum of Human Evolution – opened in 2010 – and has exhibits dealing with human evolution from a scientific standpoint. The museum exhibits also explores the relationship between man and nature.

Burgos is otherwise a History Museum, a book museum, several parks and green spaces – including the park “Parque Castillo you.”