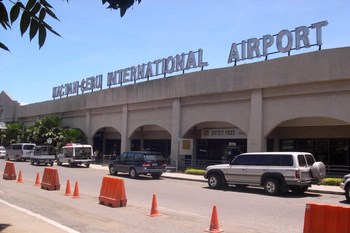 The airport is called the Philippine Paliparang Pandaigdig ng Mactan-Cebu.

Mactan-Cebu International Airport was opened in the 1960s, and has one terminal building. The planned expansion of the airport to accommodate growing passenger traffic.

Some 20 airlines have direct flights from the airport to countless destinations – including Manila, Singapore and Bangkok.The airport is a hub for airlines Airphil Express and Cebu Pacific.

To get to the city from Cebu airport, one can take a taxi or jeepney (a bus type used in public transportation in the Philippines ).

If you want to rent a car in Cebu, a number of car hire offices at airport – including Avis, Thrifty, Executive and New Sunrise.