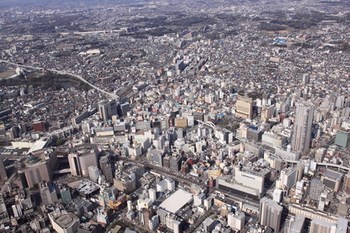 Chiba is the capital of the Japanese prefecture of Chiba – specifically in the eastern part of the island of Honshu. The city has just under 1 million inhabitants (2010). It is located 40 km south of Tokyo, is often regarded as a suburb of the capital.Chiba, who has had city rights since 1921, is one of Japan’s most important ports. It is well known for having the world’s longest suspended monorail (total length 15.2 km), which has its own presentation in the Guinness Book of Records.

One of the Chiba is most famous for, is the major research area for plants and landscapes, Kemigawa Arboretum – and the world’s largest waste dump for mussels and clams, Kasori. It covers an area of 134,000 m2 whole. The city also has one of Japan’s largest and most popular convention centers – Makuhari Messe.

By attractions otherwise Chiba Zoo mentioned. It is particularly famous for the red panda Futa.   Slightly off center is Japan’s longest man-made beach, Inage Beach. It is a popular destination for both locals and visitors alike.

The nearest airport is Narita International Airport, located about 25 km northeast of Chiba – and that is also one of the airports serving Tokyo.