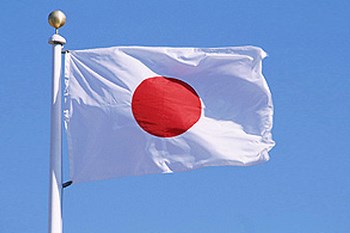 Japan is an empire in East Asia that consists of several islands western Pacific. The largest islands are (from south to north): Kyushu, Shikoku, Honshu and the largest of them, Hokkaido. Between Japan and mainland Japan Sea and the nearest neighbors on the mainland China, North Korea, South Korea and Russia.

Japan has the world’s tenth largest population, with 126,659,683 (2012) people, and the world’s third strongest economy.Japan’s capital Tokyo is located on the island of Honshu.

All the islands are mountainous, and are frequently subjected to volcanic activity and movements in the Earth’s crust. Approximately 73% of the country is covered by mountains with a mountain range that runs through the main islands. Japan’s highest mountain is the famous Mount Fuji which is 3776 m It can be climbed, and the best months are July and August. Near Fuji is the five lakes with amusement parks and water sports.

Japan has a wealth of attractions and sights to offer tourists.Important cities and Tokyo is Osaka, Kyoto, Hiroshima, Kanazawa and Sapporo.Winter Town Nagano, who was the host city for the Winter Olympics in 1998, many skiing opportunities.

Meiji Jingu Shrine is one of Tokyo’s most beautiful parks and is among the most sacred in Japan. Other popular buildings are Kiyomizu Temple from the 1200s, the Imperial Palace in Kyoto and Osaka Castle.

Japan carries on an ancient heritage with traditions in art music, folk dancing, crafts and various traditions and ceremonies tea ceremony. They have their own distinctive cuisine where in addition to the ingredients of nature and the seasons, as well as the aesthetic, weighs heavily. This is consistent with the Buddhist philosophy – modesty and humility also characterizes the Japanese lifestyle.

Archaeological research indicates that Japan was already inhabited by humans for over 35,000 years ago, during what is known as the late Paleolithic period. From the 1100’s to 1868, Japan was ruled by different feudal dikaturer. Japan supported Germany during the Second World War, which ended with the atomic bombings of Hiroshima and Nagasaki in 1945.