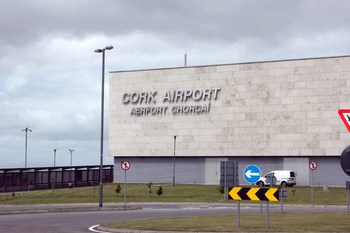 The International Cork Airport (ORK) – as the Irish called Aerfort Chorcaí – is one of Ireland’s busiest airports. It is located 6 km south of the center of the southern Irish city of Cork, and serves over 3 million passengers annually.

The Irish airline Aer Lingus and Aer Arann are two of the greatest players that have regular flights to and from Cork Airport.

Cork Airport has direct flight connections to numerous destinations in Ireland and Europe.Moreover, the airport base for many charter flights.

It is easy to get from the airport to Cork city center. The most effective is to take the shuttle bus, which departs every half hour. It stops at all the major hotels. One can also use the regular city buses – or take one of the taxis that are lined up outside the arrival hall.

If you want to rent a car at Cork Airport, one can choose from several well-known, international rental agencies – including Avis, Budget, Hertz, Europcar, National and Thrifty.

The nearest hotel – Radisson SAS – located opposite the terminal building. A new terminal was completed a short time ago, and facilities to the public was then greatly expanded. There are now several bars, restaurants and shops to choose from – including a separate sports bar with big screens.