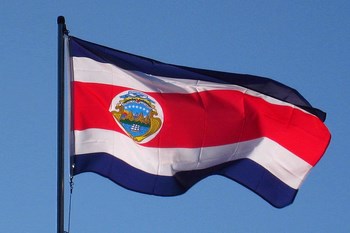 Costa Rica is a republic in Central America, which has a common border with Nicaragua and Panama. The country also has a coastline in both the Pacific Ocean and the Caribbean Sea to the east.

Costa Rica has a population of approximately 4.2 million 2010 the largest city in the country’s capital San José – With about 300 000 inhabitants. If it is estimated suburbs, its population rises to over one million. Other major cities in Costa Rica’s Cartago, Alajuela, Liberia, San Isidro – and the famous harbour and cruise the town Puntarenas.

The official language of Costa Rica is Spanish, but also some indigenous languages in active use in some environments.The scenery in the country is very diverse, and there are both lush tropical forests and plains. There are also a number of volcanic mountains, where the highest peak towering well 3800 m

Costa Rica is otherwise famous for its many beautiful national parks – including on the island of Isla del Coro, where also a part of the waters around belongs. Several of them are on the UNESCO World Heritage List.