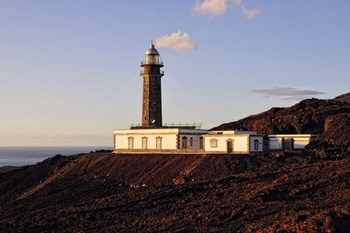 El Hierro is a Spanish island in the Atlantic, and has about 11,000 inhabitants (2010). El Hierro is the southernmost, westernmost and smallest of the Canary Islands.

The island belongs to the province of Santa Cruz de Tenerife, is divided into two municipalities – Valverde in the northeast and La Frontera in the northwest and south. El Hierro is a mountainous volcanic island, and the highest point Malpaso located centrally on the island and measures 1501 meters The coastal area is characterized by steep cliffs, and there are limited sand beaches on this island. Yet El Hierro known for its excellent diving opportunities with crystal clear water – and especially the fishing village of La Restinga (southern island) is a famous diving area.

Outside the town of La Restinga is nature’s own sculpture park “El Sabinar”. Here one can see the strong trunks that are turned into works of art by the weather.

El Hierro has increased tourism, but is not affected by mass tourism. It is often referred to as the “peaceful island”. It has beautiful scenery, white houses, historic buildings and churches, friendly people and peace and quiet.

The capital is Valverde, and has approx. 5000 inhabitants (2010). The city is located northeast of the island – approx. 3 km from the coast – and is 570 m From the port city outside the ferry to such Tenerife and La Gomera. In Valverde, one can visit the church of “Santa Maria de la Consepcion” from the 1700s. There is also an ethnographic museum in the capital.

According to Guinness World Records is the world’s smallest hotel on the island of El Hierro. The hotel – named “Punta Grande” – located in Las Puntas, has only four rooms and is built in stone at the edge of a cliff.

The island’s only airport – El Hierro Airport – located 10 km west of the center of the capital, Valverde. From here, fly to such Las Palmas (Gran Canaria) and Tenerife.