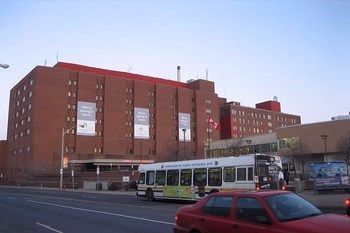 Hamilton is a port city in the Canadian province of Ontario west of Canada no less than an hour’s drive from Toronto on Lake Ontario. It has 519,949 inhabitants (2011).

Toronto-Hamilton region is the most industrialized in Canada. In Hamilton produced 60 percent of steel used in Canada. The city has many parks and more than 100 waterfalls and rapids.

Hamilton is about to become a popular city among young artists with art galleries, studios and independent film production. The town has a good selection of attractions and museums to offer as Royal Botanical Gardens, the War Museum Warplane Heritage Museum and the warship HMCS Haida First World War which is now converted into a museum. Canadian Football Hall of Fame & Museum, African Lion Safari is a zoo with more than 1,000 species, and the Art Gallery of Hamilton with both classical and contemporary art, are other attractions. Important historical buildings Dundurn Castle.