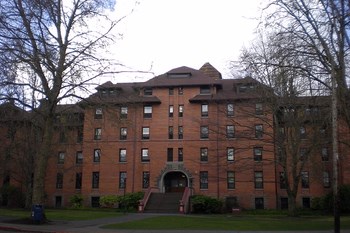 Harstad is the second largest city in Troms county and is northeast of Hinnøya. The city has a population of 19 983 (2012) inhabitants.

Harstad is often called Culture in the north, and since 1965 has been the seat of Harstad Festival of North Norway held every year in June.Harstad Culture House with such concert and congress hall was opened in 1992 and has many exciting events throughout the year. In July, organized an international sea fishing festival that attracts many visitors. Harstad is a meeting point for the north-and southbound Hurtigruten each morning arrives in town.

Harstad has many well-preserved monuments. Here Trondenes church from 1250 which is the northernmost medieval stone church. Trondarnes District Museum has exhibits of Harstad’s cultural and natural history. On Kjeøya north of downtown is the burial mounds from the Iron Age and pour paint field from the stone age. Harstad was formerly an important city for defense and Trondenes camp boasts the scenic Adolf cannon from World War II.

Røkenes Farm is known for its beautiful and old wooden houses. The farm is located 6 km outside the city center and is open to tourists. Also Harstad city has well preserved wooden buildings, such as the shopping street, Strand Street and the marketplace.

Major industries in Harstad and the surrounding fishing, oil and gas operations.

The nearest airport is Harstad / Narvik Evenes Airport, 45 km from the city center.