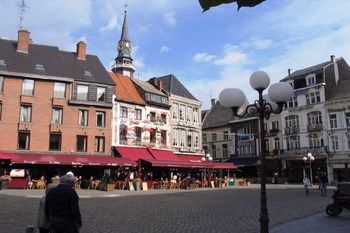 The city of Hasselt is located northeast of Belgium, and is the capital of the province of Limburg. Hasselt has 73,700 inhabitants (2010), and is part of the region Flanders. Demen river flows through the city.

Hasselt is a charming small town with nice shopping and nice restaurants. Around town square “Grote Markt” is a lot of great timber from the 1600s. Other popular attractions include Hasselt City Hall from 1630, the cathedral Sint-Quintinus from the 1500s – with its chimes in western towers, church Onze-Lieve-Vrouwkerk – originally from the 1700s and the city museum “Het Stadsmus”.

Hasselt has a fashion museum, a liquor museum and an art gallery.

Many tourists also visit the beautiful Japanese garden, which was opened in 1985. Features include teahouse, waterfalls, bridges and an idyllic pond. This is the largest Japanese garden in Europe.