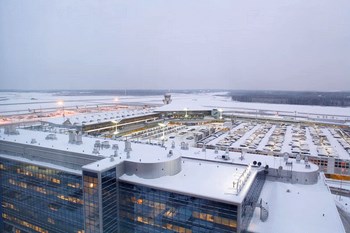 Helsinki-Vantaa Airport (HEL) is located 17 km north of Helsinki.There are good bus connections between the airport and Helsinki, and there are buses to other cities. The five car rental companies that offer their service Sixt, Avis, Budget, Europcar and Hertz. They are located in the hallway between Terminals 1 and 2

The airport serves 130 destinations, making it the airport in Northern Europe which has the second highest number of destinations on the map. For instance, there are daily flights to 10 different cities in Asia.

14,865,871 passengers visited Helsinki Airport in 2011, it is the fourth largest airport in the Nordic countries and the largest in Finland.It has two terminals located about 250 meters apart, terminal serving destinations outside the Schengen area was renovated in 2009. Initially the airport was built for the Summer Olympics in 1952.