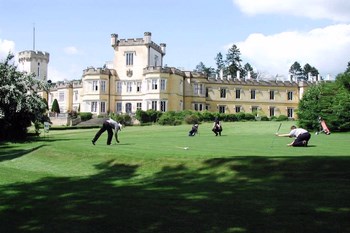 Hradec Kralove is a city in the Czech Republic Located on the River Elbe in the Hradec Králové region about 120 miles northeast of Prague.It has a population of 93,490 inhabitants (2012).

Hradec Kralove situated in the center of a rich agricultural district. Otherwise, its economy based on metal, machinery, sugar, textile and wood industries. A traditional business is the manufacture of musical instruments, most notably Petrof piano. Petrof piano is today Europe’s decidedly piano and piano factory. In Hradec Kralove in the Czech Republic made piano and pianos that are exported to all corners of the world.

Hradec Kralove is one of the oldest settlements in the Czech Republic and stems already from 1062. Under Joseph the second, which was the German-Roman Emperor from 1765 to 1790, many of the city’s churches torn down to make room for fortifications. But still stands the cathedral, which was built in 1303.

The city is famous for the Battle of Königgrätz the 3rd July 1866 that determined the Prussian-Austrian war.

Among the attractions is a museum dedicated to the artist Egon Schiele, who lived a few years in the city. The Museum of Modern Art is ranked among the most prestigious museums in the Czech Republic. Since 2004, Hip Hop Kemp, one of the biggest European hip hop festivals, has been held every year in August. Each June held an international theater festival.

The nearest airport is Pardubice Airport located about 25 km to the south. But most international flights leave from Prague Václav Havel Airport which is located about 140 km west of the city.