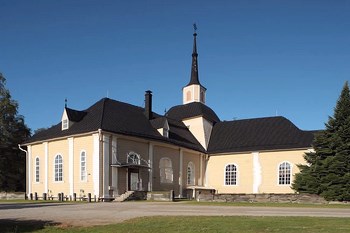 Iisalmi is a city located in the North-Savo region and is situated in the middle of Finland. The city has a population of 22   138 inhabitants (2012).It is located on Lake Porovesi.

Iisalmi is known for several of its specialized companies, one of them is Olvi which is the last major independent brewery in Finland.The other Finnish breweries bought up by multinational companies. This is also the Genelec factory stock speakers used in recording studies at a high level throughout the world.   The company Normet stock tools and machines used in mining and tunnel construction to an international market.

Iisalmi has several attractions for tourists to offer as Runni health and Neulatammi massage center. Other attractions include local history and culture. There are many walks in the area, and in the winter there are good conditions for skiing. Not far away is the nature reserve figures Kangas.

The most famous Iisalmi-based band is a humorous country-rock band called Halavatun Papat, also called “Damn Grandfathers”. The city is home to Joonas Kokkonen, one of Finland’s most world-renowned composer after Sibelius.

The closest major airport to Iisalmi are Kuopio Airport, 80 km from the city center.