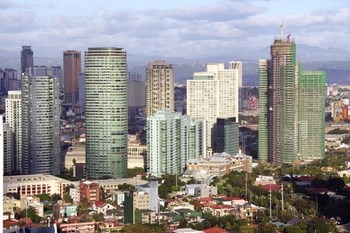 Manila is the capital of the Philippines and is more particularly on the island of Luzon.The city has about 1.7 million inhabitants (2010), while in the Manila region (“Metro Manila”) lives about 15 million.

Some of Manila’s numerous attractions include the following: The beautiful park Rizal (Luneta), Intramuros – an old town surrounded by a ring wall, fortress Fuerza de Santiago, Malacañang presidential palace and the church of San Agustín. Otherwise, there is an important national museum in the city, in addition to a large Filipino culture.

Manila is a lively city – and in Ermita and Malate districts there is a wide variety of restaurants and nightspots. Many of the most luxurious hotels are located in the wide, 10-km Roxas Boulevard. There are also several embassies – in addition to gourmet restaurants and shopping centers.