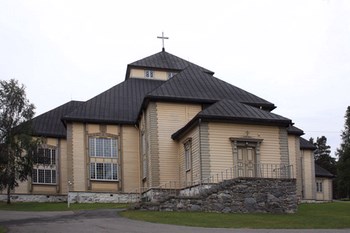 Mikkeli is a city and municipality in Finland and part of the southern Savonia region south of the country. The municipality has a population of 48 952 (2012) inhabitants.

Mikkeli was the site of the Finnish Defence Forces headquarters during World War II, and it also received major damage.

Hiidenmaa trails located around 40 kilometers east of Mikkeli. There are well marked trails for hikers and opportunities for those who want to go shorter trips and going over several days.   The area in and around the city there are several small lakes.

Mikkeli is a student with several universities and schools for vocational training. It has varied light industry, including wood and food processing. It is also an important gateway and garrison. The center is built around a large marketplace and here is a market twice a week.

Mariinski Theatre is one of Mikkelis large prides how well Placido Domingo has been a guest. Each year an international music festival held here. Mikkeli is also known for its nightlife with a good selection of bars, pubs and nightclubs. The most popular clubs are Kharma Lounge Bar, Helsinki, Wilhelm Club & Bar and Amarillo. Another attraction is Visulahti tourist center with wax museum, mini land and motor museum

Mikkeli Airport is located 3 km outside the city.