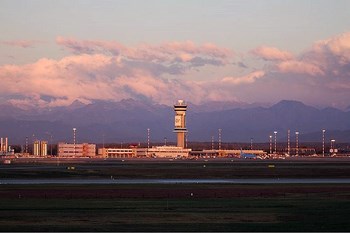 The International Milan Malpensa Airport (MXP) is Northern Italy’s main airport and is located 48 km northwest of the city of Milan .

The airport serves 19 million passengers annually (2011), and has wide range of international and intercontinental flights. Milan Malpensa Airport is the main hub for airlines Air Italy, Air One and EasyJet.

The airport has two terminals, T1-T2 Malpensa West and North-Malpensa. Terminals located away from each other, and there are buses between them every 20 minutes. Terminal 2 is used for charter flights and cheap (primarily of low-cost airlines Ryanair and easyJet).

From the airport to the center of Milan, trains and buses. In addition, you can use taxi transport. If you are going on to Milan’s second largest airport – Milan Linate Airport – there are also bus hit.

If you want to rent a car in Milan, has a number of car rental companies in their branches at the airport – including Avis, Easycar, Europcar, Hertz and Sixt.

There are a number of facilities at Milan Malpensa Airport for travelers – including good range of shops (including duty-free store), restaurants and bars.This applies to both terminals. There is also business center at the airport as well as information counter, banks, exchange offices, ATMs, and medical center.

The closest hotel is “Hotel Malpensa Cilla”, which is 500 meters from the airport.