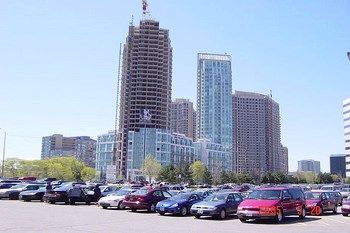 Mississauga is a Canadian city in Ontario on the shores of Lake Ontario. It is located around 18 km from Toronto, and are part of the greater Toronto. The city has a population of 713,443 inhabitants (2011) and is Canada’s sixth largest city. Basically it was a suburb of Toronto, and it has had huge population growth.

Many major companies and corporations have their headquarters in the city, among them, Walmart Canada, Microsoft and General Electric. Mississauga is home to many immigrants, especially from Eastern Europe, and just over half have English as their mother tongue.

Most people go to Toronto when they go out and eat or experience the culture, but gradually Mississauga also received their offers. Among them is the Art Gallery of Mississauga, Benares Historic House, Living Arts Centre and even a dedicated opera, Opera Mississauga. Square. One Mall is the largest shopping mall in Ontario and one of the largest in Canada, and is surrounded by many bars and restaurants.

Toronto Pearson International Airport, Canada’s largest airport, is located northeast of the city, about 5 km from the center.