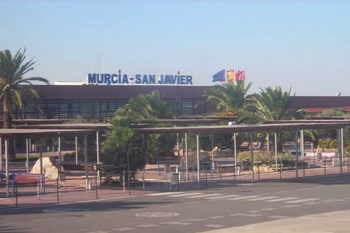 Several discount airlines have during recent years contributed to the traffic has increased greatly in Murcia Airport. Annual operated now between 1.5 and 2 million passengers here. The expansion has been so powerful that one has now begun planning the construction of a new airport.

Most fixed routes to Murcia Airport yesterday from British destinations, but there are also flight from Brussels – and Norwegian Airlines flying from both Oslo ( Gardermoen ), Stavanger, Bergen and Trondheim.

There is no train from the airport to Murcia city center, bus service could have been better (three daily), so many choose not to use taxi. One possibility is of course to rent a car, and one wishes it, has several international rental agencies to choose from at the airport – including Europcar, Sol-Mar and Europe Rent-a-car.

The public facilities are limited, but there are a few shops, snack bars and restaurants in the terminal.