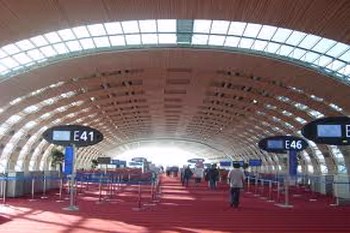 Paris Charles de Gaulle Airport is not only in France, but one of Europe’s busiest airports. From here there are regular flights to numerous destinations worldwide.

The airport covers a large area and includes the three main terminals, with Terminal 2 is divided into seven “sections” with each departure hall. This means that it can seem a bit confusing.

The easiest way to get to Paris is to take the train that goes from terminal 2 and 3 From Terminal 1, one must first take a shuttle bus to terminal 2 or 3 Naturally there’s also a number of buses from the airport – or you can use taxi.

If you want to rent a car in Paris, one can choose between international rental agencies such as Avis, Europcar, Hertz, National and Sixt. These have their branches at the airport.

There are several restaurants and a variety of shops and other services at the airport – including toys and games, beauty salons etc. Moreover, a major airport such as Paris Charles de Gaulle obviously excellent conference facilities with all necessary technical equipment available.

If you want your stay at or near the airport, there are dozens of hotels to choose from.