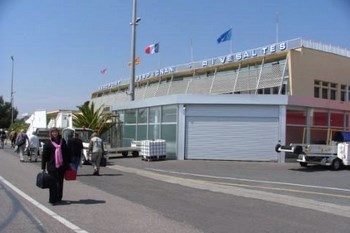 The airport was opened in 1964 and has one terminal building. Perpignan Airport serviced 363,000 passengers in 2010, and has flights to both domestic and foreign.

The airlines Ryanair, Air Lingus, Air France and Flybe have direct flights from Perpignan Airport to such Paris, London, Birmingham, Brussels and Dublin.

The airport is relatively small and has limited facilities for travelers. However, there is a restaurant / café, shop, kiosk, tour-desk and ATMs in the terminal building.

To get to the Perpignan city center, you can use regular bus or taxi. If you want to rent a car in Perpignan, you have the possibility to retrieve your car rental at the airport. Several reputable car rental companies have their offices here – including Avis, Budget, Hertz, Sixt and Europcar.