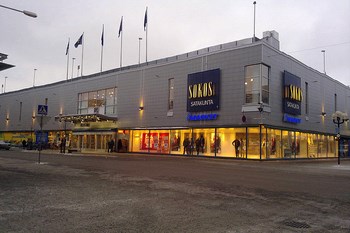 Pori is a city and municipality on the west coast of Finland.The city is located 15 km from the Gulf of Bothnia at the mouth of the river Kokemäenjoki, which is the largest in Finland. Pori is the main town in Satakunta region with a population of 83 192 (2012) inhabitants.

Pori was founded by the Swedish King Johan III. Pori is known, among other things, known for several kilometers sandy beaches of Yyteri and Pori Jazz, an annual international jazz festival where jazz legends like Herbie Hancock and Miles Davis have participated.

The market is located in the heart of the city, a few hundred yards from Kokemäki River, which divides the city in two. In pedestrian Yrjönkatu, which starts on the marketplace, there are many shops and street musicians that brings to life both in summer and winter. There are many beautiful historic buildings such as the old courthouse, city hall from 1841 and Central Pori Church. Other attractions include Satakunta Museum, Pori Art Museum, Poriginal Gallery and the beautiful island Kirjurinluoto with its greenery.

Pori Airport is 2.6 km south of the city.