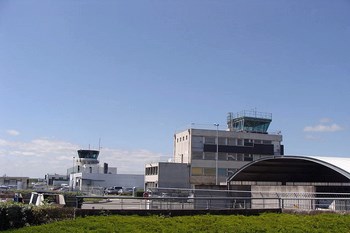 Rennes Airport – St. Jacques (RNS) is 9 km southwest of the city center Rennes, and is a small international airport.The airport is called in French “Aéroport de Rennes – St Jacques” – located at the village of Saint Jacques de la Lande, which has about 10,000 inhabitants (2009).

There are no hotels at the airport area.

The airlines Air France, Air Lingues, Flybe and Chalair Avation has direct flights from Rennes Airport to home and abroad, including to the UK and to most major French cities.

There are also seasonal flights from Rennes Airport to Corsica, Crete, Morocco etc.

To get to the center of Rennes, one can take a bus or taxi. In addition, five reputable car hire companies its affiliates in the terminal building – including Avis, Hertz, Sixt and Europcar.