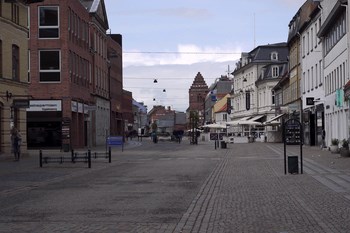 Roskilde is the Danish island of Zealand at the Roskilde Fjord – about 30 miles west of Copenhagen.The town has 47,000 inhabitants (2011), and belong to Region Zealand.

Roskilde is a major center for research and teaching as well as an important road and railway junction.The city is famous for its annual International Rock Festival – Roskilde Festival – which was first held in 1971.

Another popular tourist attraction in the city is the Viking Ship Museum – where visitors can learn more about ships, seafaring and boat building in Viking times. In the museum hall can eg see the exhibition of five Viking ships that were built from 1030 to 1050.