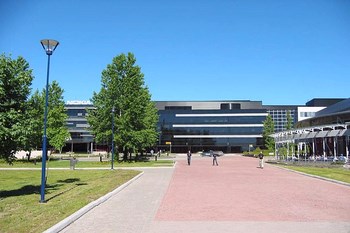 Salo is the birthplace of the President of Finland, Sauli Niinistö.

Salo is located between the capital Helsinki (112 km) and the provincial capital, Turku two kilometers from the main road between the two cities. The short distance from these larger positive contribution to the business grows.

Salo regarded as the original home of Nokia. Nokia has always been one of the main employers in the town, but in September 2012 was Nokia’s main factory closed down. Industry and metal industries and farming also plays a significant role in the area.

There are human settlements from the Stone Age in the countryside. In 1887, Salo official township and in early 1891, an independent municipality

The closest major airport to Salo is Turku Airport. This airport is located in Turku is Finlans fifth largest city, 66 km from the center of Salo.