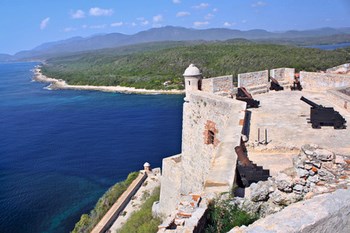 San Pedro (or San Pedro de Alcantara) is a small town in south-Spanish Andalusia, specifically in the province of Malaga on the Costa del Sol. The town is named after Saint Pedro de Alcántara. Distance east to the more famous town of Marbella is about. 10 km. There are about 26,500 residents in San Pedro (2010).

Unlike Marbella San Pedro is something distinctly tourist spot. It is primarily due to the frequent tendency of traffic congestion in the city, since the main road along the coast, passing through the center (new corridor through tunnels, however, in preparation).

San Pedro is one of the few south-Hispanic towns that have managed to preserve its character, and it is today a major expansion going on around the city, which eventually will make this town a prime vacation spot.

There are several attractions in San Pedro, and among these is the Roman bath (“Las Bovedas”) from 200’s, and the ruins of the early Christian basilica “Vega del Mar” from 300’s.

The town meeting is the beautiful seafront, where there are a lot of nice bars, cafes and restaurants. Otherwise, the traditional tordags market an experience in itself, and there are also many quirky boutiques line the narrow streets.

Also the famous Bora Bora Beach Club, where you can be served a varied menu of refreshments, is a popular tourist destination.