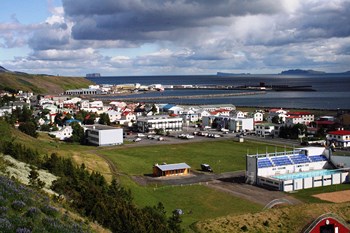 Sauðárkrókur Airport (SAK) is an airport in the small town Sauðárkrókur, located in Skagafjörður the North Iceland.

The airline Eagle Air has regular flights from here to Reykjavik.

To get from the airport to downtown Sauðárkrókur, one can take a bus or taxi. If you want to rent a car, international rental agencies such as Avis, Hertz and Europcar represented at the airport.

The public facilities at the airport are very limited, and the closest hotels located in Saudarkrokur city.