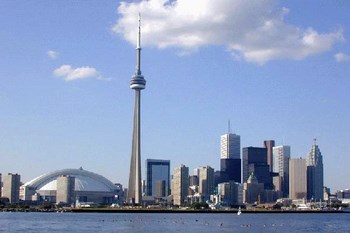 Toronto is at the lake Lake Ontario, and is an important financial and commercial center. The city is cosmopolitan and has many ethnic quarters – including Chinatown, Little Italy, Greek Town and Little India.

The city has many historical buildings and modern skyscrapers. One of the most famous landmarks in Toronto is 554 meters tall radio or TV tower “CN Tower”. The tower is open to the public, and includes both an observation deck and a revolving restaurant.