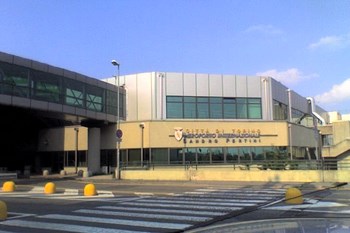 Turin International Airport (TRN) is located in the Piedmont region of Northern Italy, about 18 km north of Turin city center.

Turin Airport opened in 1953 and has one terminal building. The airport serves about 3.5 million passengers (2011), and 19 different airlines have direct flights to 37 destinations in Norway and abroad.

The airport is also the main hub for the airline Air One.

In conjunction with the Winter Olympics in 2006, the terminal building, renovated and upgraded. The airport has a number of facilities for travelers – including shops, restaurant / bars, information counter, meeting rooms, VIP lounge, currency exchange offices, banks, ATMs, and medical center.

To get to the center of Turin can take train (the train station is 150 meters from the terminal building), bus or taxi.

If you want to rent a car in Turin, the major car rental companies like Hertz, Avis, Budget, Sixt and others their offices in the arrivals hall of the airport.