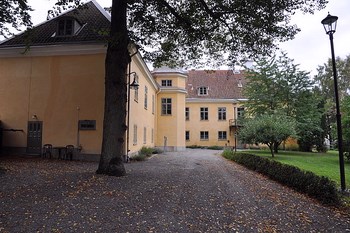 Västerås is a city located on the shore of Lake Mälaren in the province Västmanland about 100 km west of Stockholm. The city has a population of 110,877 inhabitants (2010).

The city wants to distinguish itself as Västerås – Mälarstaden, meaning “Västerås – the city by Lake Mälaren”, to attract tourists and new residents, and students at the local college, Mälardalen University

Västerås is a city with a long history, it is referred to as a bishopric as early as 1120. It has many interesting sights to offer visitors, two of them are Västerås Castle from the 1200s located in the city and the cathedral from the same period. Tido Castle, located just outside the town has Europe’s largest collection of toys, and an inn.

The city has many museums, Västmanland County Museum has both art and history to show off, while the Vallby Open Air Museum has over 40 different buildings in Västmanland and in the summer there are many activities at the museum.

In the district there Kyrkbacken old wooden houses and remnants of irregular street network from the late Middle Ages.

Västerås is otherwise birthplace of the Swedish clothing chain H & M, one of the world’s largest clothing brands. Their first store was opened in the city in 1947.

Stockholm-Västerås Airport is 8 km from the center of Västerås.