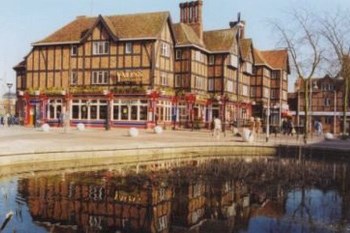 Watford is the administrative center of the English county of Hertfordshire. The city is located about 32 km northwest of the center of Britain’s capital London.Watford has a population of around 80,000 (2010), and although it is a separate city, it is often regarded as a suburb of London.

Among the most popular attractions in Watford are the traditional and lively market – Watford Market. Otherwise, the city has several museums, including a separate fire museum – “Hertfordshire Fire Museum” – and 1 km north of the city center you can visit “Monty Python’s Spamalot,” a theatre for Monty Python fans. It must also be noted that there are a number of parks in and around Watford – including the beautiful Cassiobury Park.