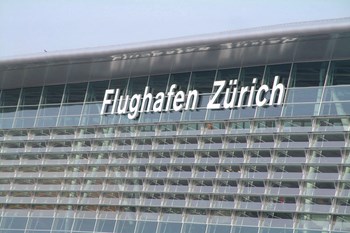 Zurich Airport was established in 1921 and has since been expanded several times – most recently in 2003. Then, a new terminal building, and it was created an automatic train connection between the new and the old terminal.

Many international airlines are responsible for a variety of fixed route services to the destinations across large parts of the world.

There is a large selection of cafés, restaurants and shops at Zurich Airport. Given that Switzerland is not a member of the EU, duty free offer to all foreign passengers unusually large.

By public facilities under other circumstances, the large conference center mentioned. There are a number of rental offices and meeting rooms accommodating up to 120 persons in the. The center offers course fax, phone and internet services.

To get from Zurich Airport to Zurich city center, you have many options. There are trains from one station to one of the terminal buildings – not only to Zurich, but also including Bern, Basel and Lucerne / Luzern. Also bus service is very good (and also includes night buses). Otherwise, one can of course use taxi.

If you want to rent a car in Zurich, the renowned and international car hire agencies Avis, Budget, Europcar, Hertz, National and Sixt offices at the airport.

There are a number of hotels in and near Zurich Airport. The closest is the Hilton Zurich Airport and Novotel Zurich Airport Messe. Many of the hotels that are a little further away, offers a free shuttle bus from the airport.