Compare prices and find cheap car hire in Zurich from well-known and local car hire companies. Insurances and unlimited mileage are included. Save up to 70% on car rental in Zurich through us. 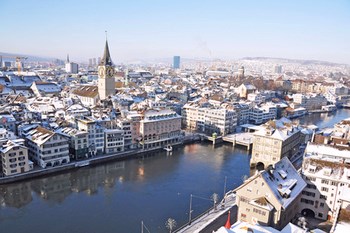 Zurich is centrally located in Switzerlandand is with its approximately 390,000 inhabitants (2011) the country’s largest city. It is the capital of the canton of Zurich, and is located 410 meters above sea level – by Lake Zurich and the Limmat River. Zurich is also Switzerland’s main trading and financial centre – with head offices for a number of international firms, banks and insurance companies. The city is also a cultural center for the German-speaking part of Switzerland.

Zurich was founded by the Romans, and they called it Turicum. In the 13th century, the city was given a position as a so-called “free state” – and it increased its influence throughout the Middle Ages.

The Old Town (Altstadt) is located on both sides of the Limmat River. It has an unmistakable medieval feel, with its narrow, picturesque streets, intimate turf,as well as beautiful bridges and churches. One of these churches is Grossmünster (built between the 11th and 13th centuries) and is located on the right bank of the river. Another is the Fraumünster Church on the left bank. It was built a hundred years later and has stained glass windows of the famous Marc Chagall in the windows. A third church to be mentioned is the Wasserkirche from the late 15th century. It also contains a separate museum for the reformer Ulrich Zwingli. 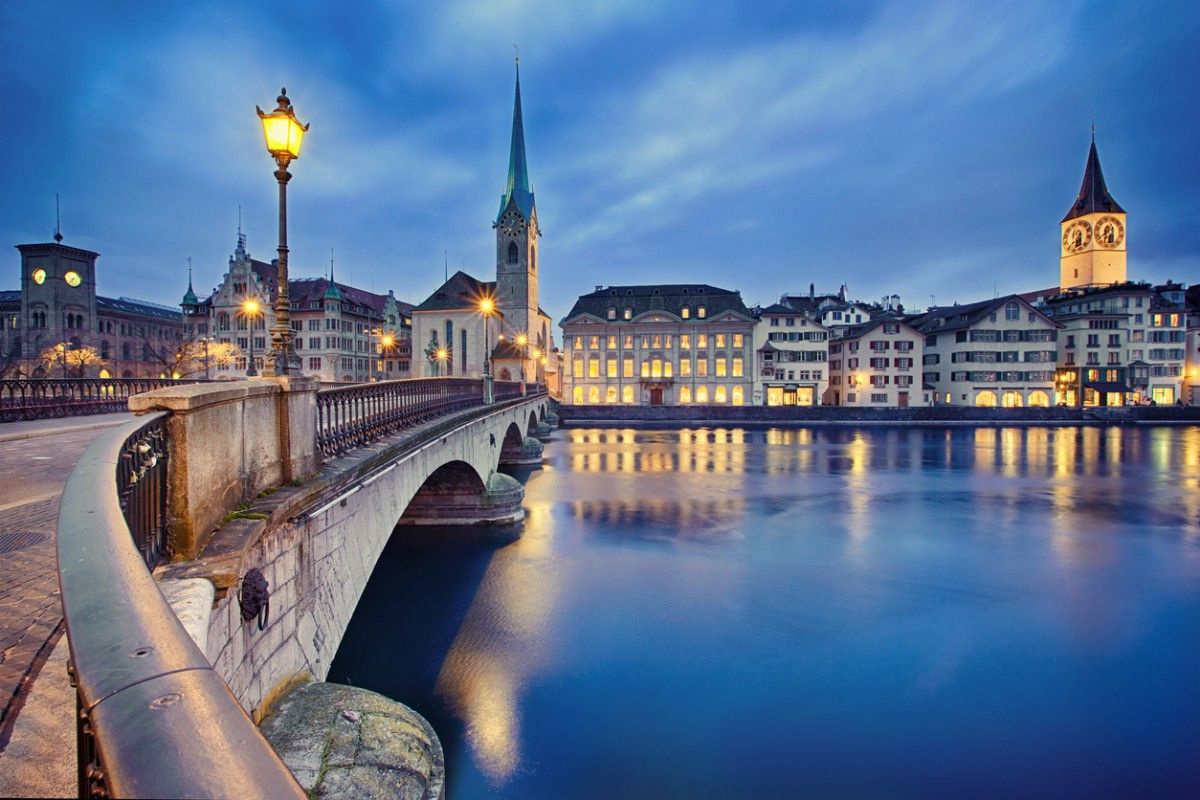 Zurich has many beautiful churches. In the photo you can see the Fraumünster Church on the left.

In modern Zurich we find cultural institutions such as opera, concert hall and theatre – as well as the Landesmuseum and the Zurich Kunsthaus– both of which are certainly worth a visit. It can be mentioned that among the works of art in the Zurich Kunsthaus there are several paintings by Edvard Munch.

Zurich is also a great shopping town – but preferably for those with good advice, because prices are generally high. The city’s most exclusive shopping street is “Bahnhofstrasse”, where the jewellery and clothing stores are close.

One of the biggest advantages of having a rental car when visiting Zurich is that you have a short distance to other cities and places in the country. This allows you to catch more unique experiences than you would otherwise. The country is not particularly large, the roads are very good and it is safe to drive here. In our guide for Zurich, we’ve included some of the most popular rides. 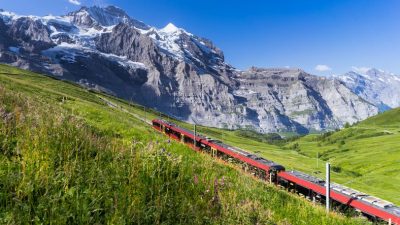 Jungfraujoch – Take the train to the top of Europe

One of the most popular drives from Zurich goes to the village of Grindelwald. The village is located at the foot of the three mountain peaks Jungfrau, Eiger and Mönch. The best place to see all three peaks from is on the plateau and the train station Kleine Scheidegg. To get there, take a small train ride up the mountain from Grindelwald. If the beautiful panorama is not enough, you can take trains on from Kleine Scheidegg and on to Jungfraujoch. Then you arrive at what is Europe’s tallest train stationand will be at 3454 meters above sea level. It’s loud enough that you’ll feel it on your breath. The view is unbeatable. At the top you can have a good meal at one of several restaurants and cafes, you can visit the Sphinx Observatory and peek in the stargazer,and you can visit the Ice Palace where artists make sculptures of just ice. 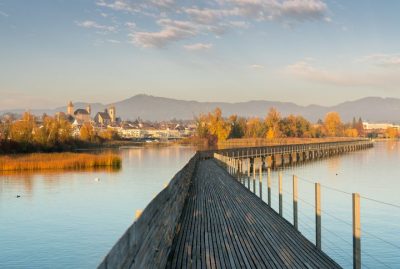 The wooden bridge connects the Old Town opposite ZurichSee.

Rapperswil-Jona is one of the most popular places to travel to among people living in Zurich. The distance is short and you can get here by boat, train and car. The city is considered one of the most beautiful in Switzerland, partly because of the many rose gardens in the city centre, not to mention the old town located on the edge of Zurichsee. Main sights include the Schloss Rapperswil, located on a hill behind the city, several churches and monasteries, the city’s seafront promenade,and the wooden bridge that connects the Old Town opposite Lake Zurich. Note that there are a few other places in Switzerland that are also called Rapperswil, and you may end up driving a long detour if you choose errors when navigating your way.

Lucerne – Switzerland at its best

Located at the end of Lake Vierwaldstätter See, Lucerne has the River Reuss flowing through the city centre. The connection to the sea and the river leaves its mark on the beautiful city, and Lucerne is especially known for its many bridges. The most famous of these is Kapellbrücke, a wooden bridge that is believed to have been built in the year 1365. Among several unique features is kapellbrücke built with ceilings, and inside it is decorated with murals from the 17th century. Besides the city’s famous wooden bridges, there are a number of other sights in Lucerne that are exciting to see. The Old Town includes a magnificent early 17th-century town hall,watchtowers built in the 14th century, several beautiful fountains, and squares with beautiful church buildings.

Lucerne is especially known for its many bridges, 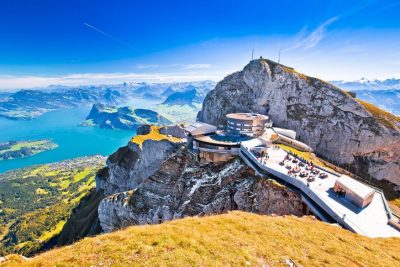 At the top of the mountain there is both a hotel and several eateries.

Pilate is one of the most famous mountains in Switzerland. It is also the mountain that is most mythical. Here there will supposedly be dragons, if one is to believe in the legends that the inhabitants of the area gladly tell about. The mountain has several peaks, where Tomlishorn is the highest (2128 meters above sea level). You can reach Tomlishorn if you like, with either gondola from the village of Kriens, just south of Lucerne. The gondola stops on an impressive platform with views in all directions. You can also get there by cable car from Alpnachstad, which is opposite the mountain, as seen from Kriens. At the top you will find a hotel if you want to stay overnight, and several eateries if you get hungry by the fresh mountain air. 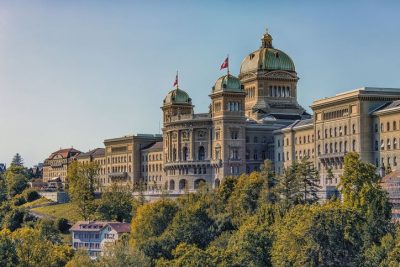 Bern is the capital of Switzerland, where as many as a third of its inhabitants are foreign nationals.

Bern – The capital of Switzerland

There are many who are wrong and assume that Zurich is the Swiss capital, but that title actually belongs to Bern. The city has no more than about 135 000 inhabitants, of which a third are nationals of other countries. Most of these are affiliated with embassies, international companies, the university and various institutions located in Bern. While the city is very cosmopolitan and lively, it is also old and venerable. The entire old town of Bern is a UNESCO World Heritage Siteand is considered among the most beautiful in Europe. It is inside the old town you will find the main sights, and also the most pleasant atmosphere. 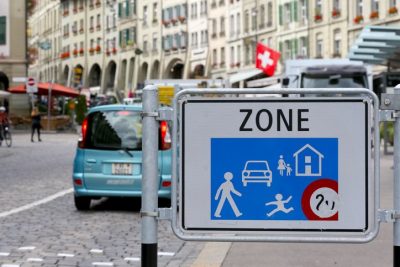 In the center of Zurich, the streets are well signposted.

In Zurich, it is only allowed to park on marked places in the streets. Here it is not always easy to find space, and in many places there is a short time limit on how long the car can stand. Between 08:00 and 21:00 most parking spaces are subject to a surcharge. You pay on vending machines that are on the sidewalks, and the receipt must be left visible in the windshield of the car. The best option is, as a rule, to put the car down at one of the 10 parking garages in the city center. Look for the signs in the streets that show how many available spaces the parking lot has and also indicate the direction of the entrance.

In the center of Zurich you have to expect that there is a lot of traffic, especially when people are going to and from work. The streets are well signposted, and it is not difficult to navigate the city, but it can take a lot of time to get between with the rental car. Pay attention to the many tram tracks, and pay attention to pedestrians.

Outside Zurich, and in the rest of Switzerland, there are very good roads to drive on. This is also among the safest countries in the world to drive a car in. However, there are often queues in Switzerland, also on the highways. This is mainly due to the fact that the country is small to a geographical extent, and at the same time there are many cars on the roads there. Driving in the Alps is also somewhat challenging because of the large height differences, and because many of the roads are winding.

Zurich Airport is called Flughafen Zürich in German-Swiss and is located just north of the city centre. It is very modern, and constantly wins awards in the world’s best airports. Here you can fly directly from all over Europe, and from a variety of cities in the United States, Canada,the Middle East, the Emirates,Asia and Africa. In total, around 31 million passengers a year use Zurich Airport.

The companies offering car rental at Zurich Airport are gathered in a separate center right next to the parking lot marked P3. As of today, you can rent a car from National, Hertz, Budget, Thrifty, Dollar, Avis, Europcar, Enterprise and Sixt at Zurich airport.