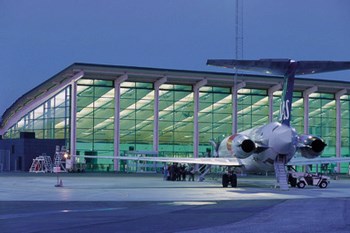 The airport was opened in 1938, and currently has one terminal with 6 “gates”. The planned expansion of the terminal building and parking area – which will be completed in 2013. In addition, it is planned to be built a hotel adjacent to the airport.

To get from the airport into the center of Aalborg can avail transport like taxi, bus or rental car. Well-known car rental companies such as Hertz, Avis and Europcar have offices at the airport.