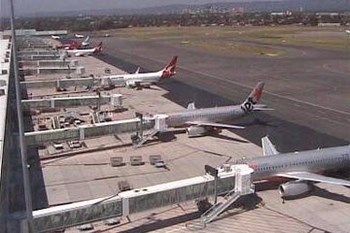 Adelaide Airport (ADL) is close to the suburb of West Beach – 6 km west of Adelaide center.This international airport is the largest in South Australia, and the country’s 5th busiest. Adelaide Airport serviced the entire 7.3 million travelers in the period June 2010 – June 2011.

The airport was opened in 1955 and was expanded and modernized in 2005. Adelaide Airport since 2005 has received several awards and honors, and including been named the “world’s second-best international airport.”

To get to the Adelaide city center, one can use taxi, bus or rental car. Well-known car rental companies like Avis, Budget, Europcar, Hertz and Thrifty have offices at the airport.